KFC began with the blood, sweat and tears of one man, Colonel Harland Sanders. Born in 1890, he discovered his penchant for cooking at the mere age of 9. A man who valued hard work, grit and self-determination, he quit school in the sixth grade to earn money for his mother, brother, and sister after his father died.

In 1952, the Colonel achieved celebrity status when he decided to franchise his famous Kentucky Fried Chicken recipe blend of 11 herbs and spices to the rest of America. To date, there are more than 18,000 KFC outlets in 115 countries and territories around the world.

The Colonel's special recipe reached Malaysia in the 70s. 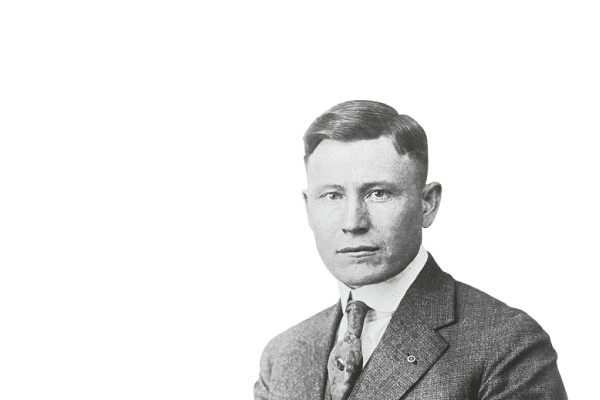 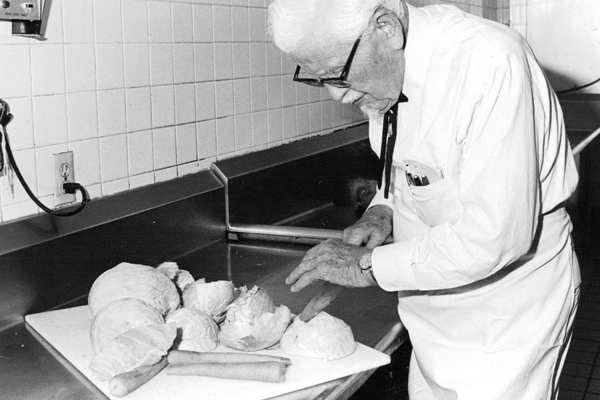 Self-determined as the Colonel was, at age 16, he lied about his age in order to enlist in the army. A year later, he started work as a blacksmith and later became a fireman. The variety of jobs he had only continued to expand and amaze us from there. 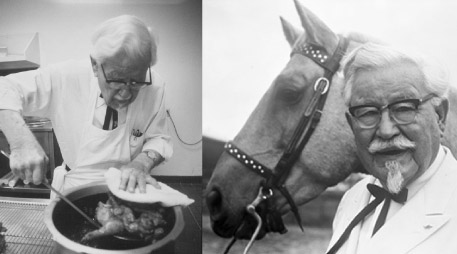 The Colonel had quite a colourful resume. From starting a ferryboat company to being a secretary at the Indiana Chamber of Commerce, he was also an insurance, lighting and tyre salesman apart from being an obstetrician as well as a lawyer. 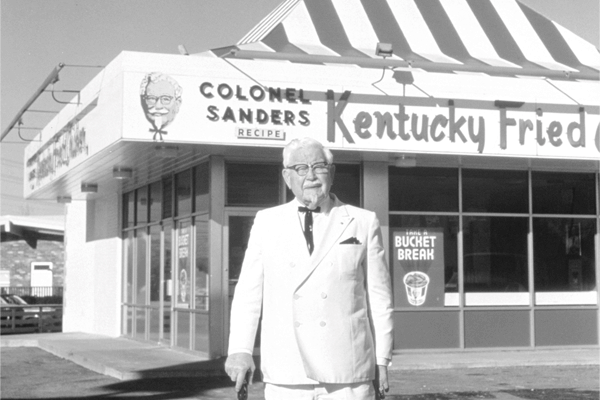 The Colonel cooked for hungry travellers at his service station where he added fried chicken to the menu.

Governor Ruby Laffoon loved his fried chicken so much that he made Harland Sanders an honorary Kentucky Colonel. That's how he became known as the Colonel! 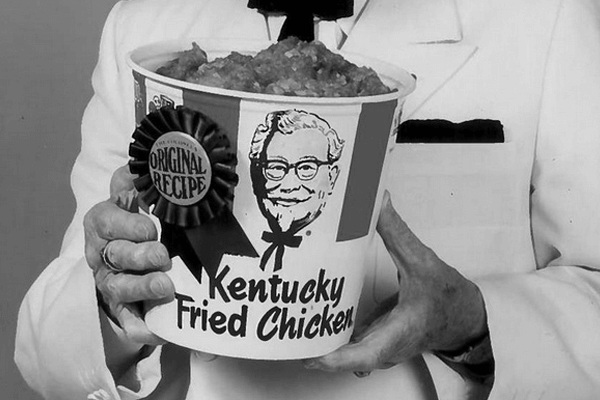 The Colonel perfected his Original Recipe chicken with his secret blend of 11 herbs and spices, pressure-cooked to seal in the finger lickin' goodness. 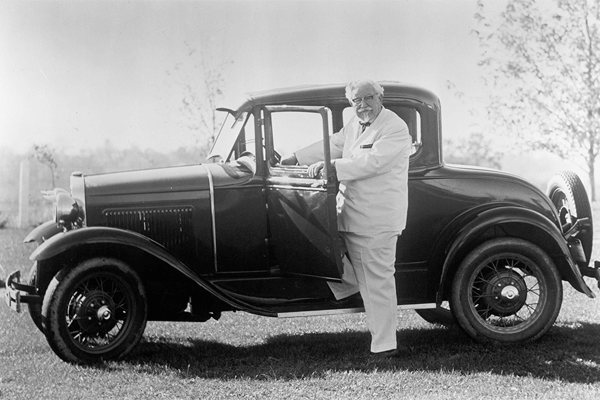 At 65, after retirement, Colonel Sanders devoted himself to franchising his chicken business, travelling from restaurant to restaurant across the U.S. and Canada by car.

Less than 10 years later, he had more than 600 KFC restaurants in the U.S. and Canada alone! 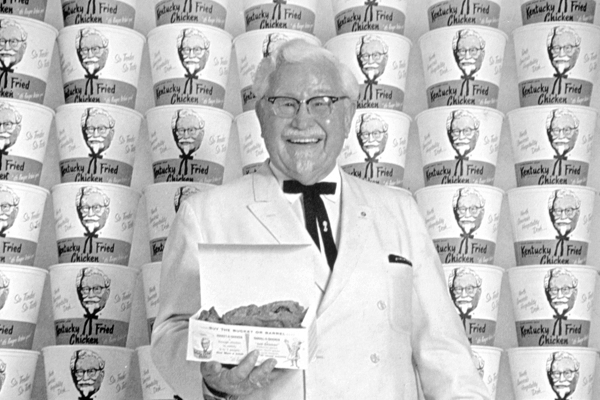 A man who never retired, at age 75 it was the beginning for the Colonel. He sold his interest in the company for $2 million (that's about $14,161,464 today!) and KFC continued to grow globally.

However, the Colonel will never be forgotten and has remained and will always be the face of KFC. 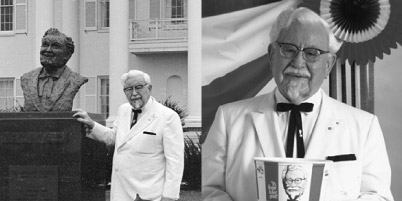 The Colonel, a figurehead in his own right, was ranked as the world's second most recognizable celebrity. 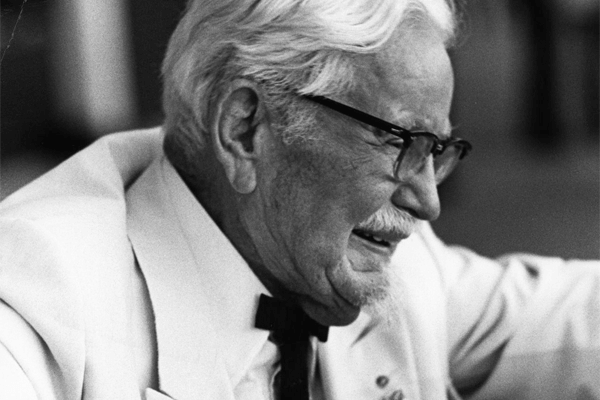 Diagnosed with acute leukemia in June, he appeared before crowds in his signature white woolen suit and string tie and remained active until the month before his death. The Colonel died of pneumonia in Louisville, Kentucky, on December 16 at the age of 90.

Thanks to the internet, you've probably come across updated versions of Colonel.

Hipster, wrestler and even a sunscreen promoter!

But the colourful, almost fictional character that we've come to love and appreciate for his finger lickin' good chicken was really just a young boy who cooked, dared to dream big and led an extraordinary life.